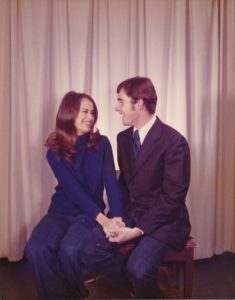 In the first post “Unexpected Miracle” I wrote about the evidence of Lorna’s presence in my life and the lives of our family. It has been 19 months since she passed away, She is still present.

I wrote that I call these evidences “love notes”.

In the post “I will speak words to your mind” I mentioned music, and that music is a powerful conductor of the spirit. In this article, I will share a few of the songs and lyrics that have come into my mind that have answered my questions and brought me peace and comfort.

Usually, just as I am waking up, I become aware of a verse, or part of a verse, from a tune playing over and over in my mind.

One of my first concerns after Lorna was gone, (and it was a genuine concern), was “will Lorna still want me?” Will she be there waiting for me when I return. For whatever the reason, rational or not, it was a concern.

I had the first verse right but not the second, and no clue as to the rest of the song. “Have I told you lately that I love you, have I told you their is no one above you…there is a love thats devine and its yours and it’s mine…”

That song was a great conductor of the spirit. I know Lorna will be there waiting for me.

In Katies’ blessing from President Butler, she was told that it was her mothers time to go, but that she was given a choice, she could have chosen to stay. As I was thinking about our life together, (almost 42 years) I wondered if it was a hard decision to leave. Soon after, as I’m waking up on morning, “We had joy, we had fun, we had seasons in the sun” was in my mind, once again going over and over. Thats all I knew, no idea who sang it, or what the song was about. I googled “We had joy, we had fun” and learned it’s a song by Terry Jacks.

“Goodbye to you my trusted friend, we’ve known each other since we were nine or ten, together we’ve climbed hills and trees, learned of love and abc’s, skinned our hearts and skinned our knees.

Goodbye my friend, it’s hard to die, when all the birds are  singing in the sky, now that spring is in the air, pretty girls everywhere, think of me and I’ll be there.

We had joy, we had fun we had seasons in he sun but the hills that we climbed were just seasons out of time…”

As I think of her, sometimes I will say in my mind or out loud, “Love you Lorna” and I remember saying one day “I hope that puts a smile on your face.” A Short time later, over and over as I’m waking up a line from a Bobby Vinton song “I love how you love me“.

The other non hymns: Whitney Houston: “I will always love you“.  “Unchained Melody” by the Righteous Brothers.  “Let it be Me” by the Everly Brothers. “Kiss me Goodbye” by Petula Clark.

The miracle to me in all of this: I never listened to the music of my generation. I never bought a record, I didn’t listen to the radio stations that played the music of my generation. I didn’t watch “American Bandstand” with Dick Clark. If I listened to the radio, I would listen to “elevator music”. I didn’t know who Rod Stewart was, who Terry Jacks was. I didn’t know the Righteous Brothers or the Everly Brothers or what they sang. Didn’t know Bobby Vinton. I knew of the Whitney Houston song because of the movie “Bodyguard” and I had a recollection of Petula Clark but couldn’t have told you about her music.

With each of those songs, I would wake up with a few words from a verse, and the tune in my mind. I would have to google (thank goodness for google) the words I was hearing and the song would magically appear and I could listen to it in its entirety. I was always moved to tears and felt the intensity of the Love that Lorna has for me. I have these songs on a playlist (didn’t know what was 19 months ago) in my phone and listen to them often.  I always picture Lorna singing them to me.

First time here? Head on over to our first post and see what we're about.