The last week of Lorna’s life was a downword freefall compared to the preceding 4 months. On Wednesday after being in Salt Lake for some therapy in the morning, she was unable to get out of the car and walk into the house. We decided to go to Utah Valley Medical Center. We were there until Friday evening as they conducted various tests and procedures. Before checking out, I found the Doctor and asked him to “just tell me” what the science was telling him.  He replied that the tumor was growing, there were extensive blood clots in both lungs and she wouldn’t see 2015.

Lorna woke up the next morning, Saturday, with severe anxiety as she was having difficulty breathing. We rushed to the American Fork Hospital Emergency Room, where they put her on oxygen and an IV drip with a little morphine. It calmed her down immediately. Up to that point, 4 ibuprofen twice a day had taken care of any pain or discomfort.

I figured we would be there a few hours then go home. I’m not sure when I realized that was not going to happen.

The only family member not there on Saturday was Katie. She lives in Kentucky with her husband and children. She was checking in for updates every few hours.

Late in the day Saturday, as Lorna’s condition continued to worsen, we suggested Katie get to Utah asap. Katie flew all night arriving in Salt Lake about 10:30 am. Calli picked her up at the Airport and they got to the hospital at 11:15. Katie was able to tell her Mother goodbye and how much she loved her. Lorna died a few minutes later at 11:30 am, Sunday, August 24, 2014.

Monday found us taking care of funeral arrangements, which included a visit to the Alpine City Cemetery. Scott went to the sextons office and picked up a plot map of available grave sites. We were somewhat disappointed with the location of the sites on the map he was given, they were all located in just one section of the cemetery. We wondered if there were other plots available in some of the other sections. Scott told us that the cities cemetery sexton had retired 2 months previous and it was the new sextons first day. The person who had been handling cemetery matters while the city was looking for a replacement was not there when he stopped in. He said he would go in Tuesday and see if that person knew of other avaliable plot’s in the Cemetery.

When Katie walked into the sextons office, the new sexton was there as was another person. Katie explained that her mother had died Sunday, that her brother Scott had picked up a plot map on Monday and wondered if there were any plots available other than on the map Scott had been given. The other person got on the computer and printed out a different map than the one Scott was given the day before. She gave Katie a map of “cemetery plot buy backs”. The available sites on that map were scattered here and there throughout all the different sections of the cemetery. The new sexton replied “I didn’t even know about those”. The other person in the sextons office that morning? Annalisa Beck, the sexton that had retired 2 months previous. She was on her way to Lake Powell for Labor Day weekend and decided to stop in and see if the new sexton had any questions before she left town 🙂 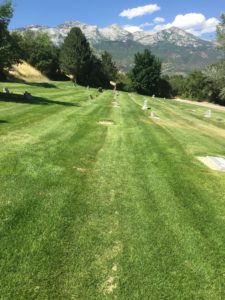 For years Lorna and I had taken walks in the cemetery. We would park at the Military Monuments, then head north past a peaceful, somewhat secluded section of the cemetery. There were some buy back plots in that section. Lorna’s buried there, in that peaceful, somewhat secluded section, located in the very Northeast corner of the Alpine City Cemetery.

As for the Headstone

We moved into the house on Matterhorn Dr in 2005. Lorna found out from a friend, Kit Lund, that you could get a permit to go into the Unitah mountains and get landscape rocks for your yard. For the next 8 or 9 years she sent me to the mountains to get rocks. At least 50 times up and down that mountain road getting rocks for us as well as friends.

It was a given then, that for Lorna’s headstone we would go to the mountains and hopefully find a suitable marker.

Four of us went to the Unitahs to find a headstone. Don Coplin (who had been with me on most of my trips up the mountain) Conrad Gottfredson who loved to go “harvest rocks” for his yard, Darren Hartvigsen who had never been but always wanted to go and me. 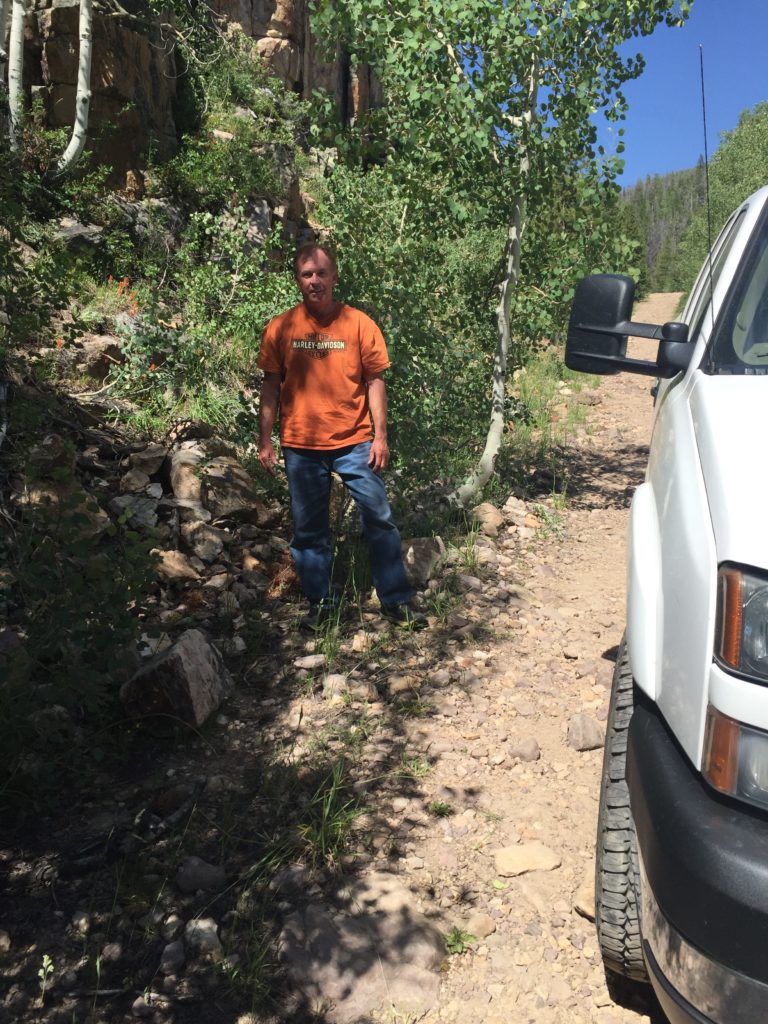 I had the dimensions from the cemetery sexton for a two person upright headstone. Up to 78 inches long, 36 inches tall and 24 inches wide.

I knew where some possible headstone rocks were. We stopped and measured a couple of times but the rocks were to big or not big enough.  About a quarter of a mile from where we would usually turn around, the road narrows.

There, on the side of the road, was a large flat rock.

We stopped, we measured: 78 inches long, 38 inches tall (I knew we would lose a couple of inches of height when it was set in its base) and 12 inches wide. Perfect, it was perfect.

15 minutes later it was on the trailer and we were heading to Heber City for our traditional burger, malt and fries 🙂

Don, Conrad and I have been up and down that road many, many, times over the years. We had been up there earlier in the summer for some rocks for Conrads yard. On that trip we had gone past that narrow spot where this rock was laying twice. On the way up and on the way down. We can say with certainty, that rock wasn’t there on that earlier trip up the mountain. But somehow, it was there that morning. Right next to the road. In plain sight. As though someone wanted us to find it. 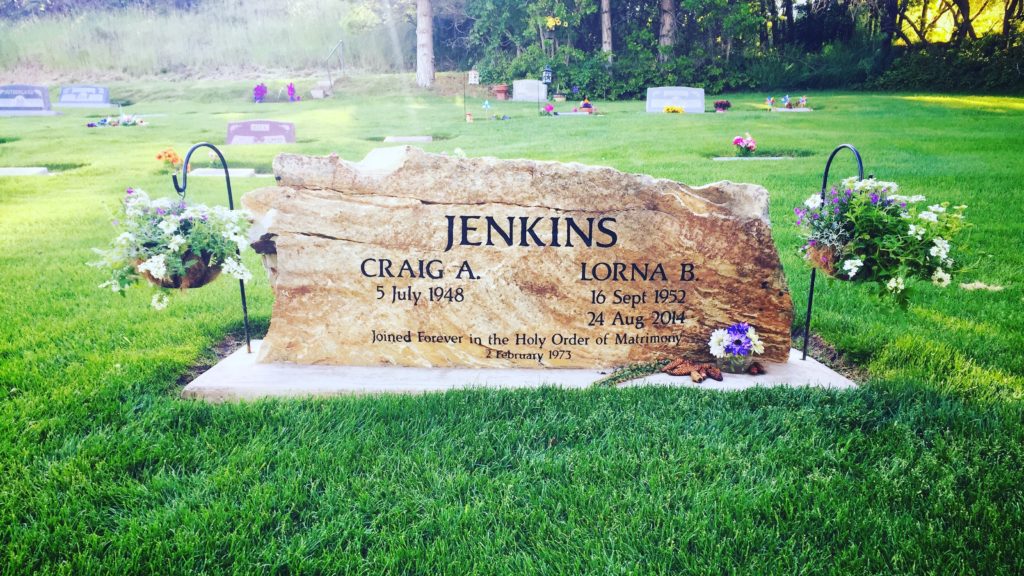 The first three questions I want answered when my time comes to pass through the veil. Number one; tell me about big foot. Number two; where were Book of Mormon lands really? And, number three; how did you get that rock. Right next to the road. In plain sight. So we couldn’t miss it? That may even become my first question.

First time here? Head on over to our first post and see what we're about.